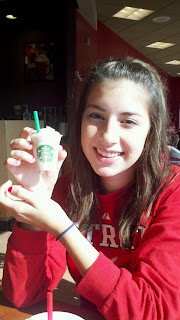 This is what happens when one MUST play his video game, but his mother will not turn on the heat. 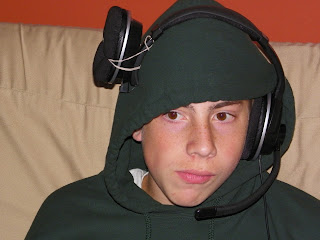 It's just a little discouraging to get to Friday and realize that the week-end will be just as busy as the week has been.  But ... it will be sunny and hot, so I'll be fine.

*This week, pettiness in my little social/volunteer circles has been abundant.  Why do people insist on being the center of attention or having things go their way??

*Transitioning away from pettiness now, my niece recently was talking about RON Paul.  I misunderstood and thought she was talking about RUE Paul.  You might imagine my confusion as the conversation continued to move forward and she talked about his children and grandchildren.

*For three years, this typically well-behaved Lab mix has consistently done two things she shouldn't.  She tries to get on our bed and she indulges in anything in the trashcan.  We shoo.  We lock the trashcan.  We holler.  We put the trashcan up on the counter, and still, when we look the other way, Miss Pepper is at it again.  She owns us and she knows it. 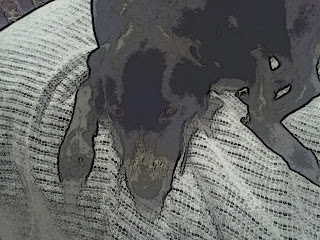 P.S. Pepper isn't really a ghost.  That's just the paper camera app on my phone ... AND that is our bed that she is posing on.

*Did you know that early cathedrals were constructed, in part, to show the poor, illiterate peasants a brief glimpse of what Heaven will be like?  I find that fascinating and logical. There is much to be said for a beautiful sanctuary and liturgy.

*If you are not like my youngest boy who says that he is pretty much beyond the reading stage now, I recommend The Language of Flowers.  It's a haunting and beautiful-written story of a girl who turns 18 and emancipates from the foster care program.  A long time ago I had a student who had just emancipated.  She ended up in our state because someone she had just met was moving here.  "Where else would I go?" she asked me.

*Checkered and I have been talking about what careers we would choose if we were doing it all over.  He thinks he might like to work for the Department of Natural Resources.  If I were to choose teaching again, I might work in Special Education.  Then again, maybe I would just drive a train.  I'll have to keep thinking about this one. How about you?  In a do-over, what job would you choose?

Now that I'm thinking about it, I would like to be the car horn czar.  Use your horn a little too liberally?  Bam!  It would be silenced.

Have a wonderful week-end.