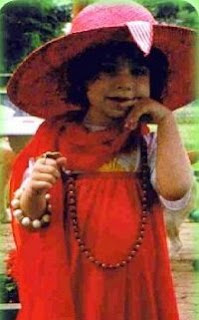 When our daughter was in preschool, the teacher got frustrated during story time one day.  In frustration, she sent all the students to their tables to put their heads down.  There was only one child who was not sent to the tables: our girl.  But our girl didn't understand.  She thought she was the one in trouble because she was singled-out and forced to sit with the teacher on the rug. She was embarrassed to think that she had done something wrong, but had no idea what it was!
****
When our girl was in fifth grade I thought I should prepare her for what she would see when the maturation movie was shown.  When we talked, she said, "I already know everything.  Hannah told me some of it in first grade and Katie told me the rest in third grade."  We talked more and I learned that she really did know everything.  (The one boy who passed out while they showed the movie was less fortunate.)
****
Our precious girl is in another time of great transition these days.  Today is her first day behind the wheel in driver's training.  Homecoming involves a guy this year (although they are meeting at the dance??) She's made several out-of-state trips with her church youth group.  Her academic demands and performance have increased. Our last shopping trip was completely amicable. And she thinks she's ready for a job.
Although I still see her as the preschooler who just wishes that she could be at the tables with the other kids, I know she's more like that fifth grader who already knows far more than I realize.
Why didn't you all tell me that my daughter's fifteenth year would be such a transition for me, too?
These stupid, stupid hormones of mine! 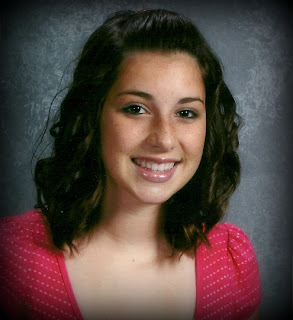 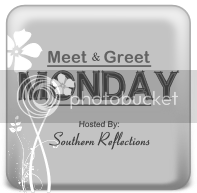 Such memories you've brought back with this! Believe it or not, you will survive mostly intact.

It just goes so fast.

They grow up way to fast!

A couple more transitions ahead for you and your beautiful girl! None of them too stressful, until she walks down the aisle!

Hang in there...pretty soon she becomes a grown-up...and although you never stop worrying or mothering, there is a joy in getting to that "girlfriend" phase of your relationship...

Thankfully I have a few years to go before that. Hang on for the ride!

Oh what a beauty! Do not blink. Believe me, it goes way too fast....

What a gorgeous smile!
I am living proof that you will survive! I've got three girls who are all in their twenties.
But still I worry and want to mother them...

What a lovely young woman you have! I agree with Mental P. Mama, it does go so fast, too fast!

I'm a new follower! Will you follow me?
http://songberries.blogspot.com/2010/09/blog-hop-monday.html

Yep, our stupid hormones get in the way.
She is gorgeous and apparently is super smart as well; that is a great combo.

wish i had a normal kid with normal issues... then maybe my ulcer woudl go away... gah no i still have my abnormal son and mother to raise... i am doomed i tell ya doomed!

What a wonderful daughter you are raising!!

Oh Caution, What a beautiful daughter. I keep asking myself where sweet little baby I brought home from the hospital went!
<><

Beautiful job, Mom. You have an awesome little girl there.

your daughter is a beautiful young woman inside and out!! it is amazing how fast they grow. enjoy this precious time with her

Following you from the blog hop! Would love a follow back! Thanks!

I'm SO sorry! I can't help but feel responsible for NOT discussing the warning signs with you;) Yes, indeed, they do grow up.

What a lovely young woman you have raised! Keep up the good work:)

Reading this post makes me hug my little ones tight. I've got four that are 6 and under...these years slip by so fast. Thanks for the reminder!