All the world's a fragmented thought...

After weeks of lackluster and intermittent blogging, I have returned to Friday Fragments - only to learn from Blogger's new interface that I have not earned one penny from this blog.  That is only slightly more than I earn at my jobs. 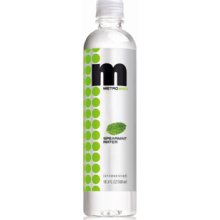 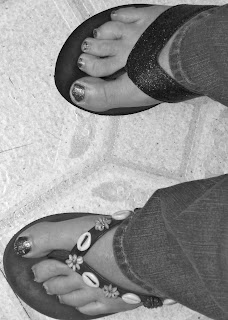 Fun post! Aloha? That gave me a good chuckle. :-) Hope you have a great weekend. By the way, you probably have another pair of flipflops just like that (mirror image, of course). ;-)

LOL - your last shot just cracked me up. Too funny!

Aloha friend!
I have done the flip flop thing too....great minds...yada yada.
Mint water? not sure about that for me, but it would be great for my Ozzie who has wharf breath!!!

LOL! I guess those flip flops are both equally comfy? haha

LOL with the flip flops! Who knows, this could be a new fashion trend!!

can i be your dumb friend on words as I had to go back and see what exactly was the foot issue i thought it was toe paint that needed redone or something... GAH... actually what is the word game thing I am so clueless...
had to smile when i realised it was different floppers... lmao... cute .

You CRACK ME UP! I was just scrolling down, reading and enjoying ... and then my name pops up! :-)
I feel so famous!!

And now I have to go look up what word that got me all those points! I totally forgot! :-)

LOL...you can play with me: ctmama

You know...considering the whole scheme of life, what is wrong with wearing mismatched flip-flops? Nothing at all!

I think its a fashion statement - like those mismatched socks they sell now!

You can play with me (Mrs4444 or my facebook name). I frequently get "That is not a word."

I think I would only like mint water in the summer.

I hope you played it off like you wore those on purpose! :)

I want mint water!!! I'm going out to look for that right this second!

I make at least one wardrobe malfunction per week. Welcome to the club. Being a member is embarrassing, but we have each other.

I don't play words with friends because I can't spell, so I actually might be just the person you were looking to find :)