I'm making progress on this diet. Nearly three weeks into counting my WeightWatchers points, and after riding the water-weight roller coaster, my poundage is down between 7-10 pounds. I could be more accurate, but that would require more than my cheapo scale. Checkered has taken to weighing in on an industrial scale at work and has invited me to join him there, but using an industrial scale does something to my self-esteem.

The painful research by others: As we get more responsible around here regarding food, here are a few things to consider courtesy of the wonderful newsletter, Nutrition Action Health Letter

Olive Garden's Tour Of Italy is a trip no one should take.
This entree has 1,450 calories, 33 grams of saturated fat, and 3,830
milligrams of sodium. If you add a single breadstick and some salad and
dressing and you will have eaten an entire day's worth of calories (2,000)
in one meal.

The Cheesecake Factory: Chris' Outrageous Chocolate Cake. It looks wonderful. It sounds wonderful. But each "five-inch slice weighs three-quarters of a pound and has 1,550 calories and 32 teaspoons of sugar. By the time you hit the exit, your
arteries have 43 grams of saturated fat circulating in them that they didn't
have when you walked in. It's as though you had ordered three McDonald's
Quarter Pounders for dessert."

Now what about those food frauds (as NAH calls them)?
"Smucker's Simply Fruit . All varieties of Smucker’s
Simply Fruit contain more fruit syrup than actual fruit. And the syrup doesn’t
even come from the fruit in the products’ names, but from
(cheaper) apple, pineapple, or pear juice concentrate.

DanActive 'immunity' dairy drink. This Dannon product claims to help “strengthen your body's defenses.” But the only study Dannon did to see if drinking DanActive kept people from getting sick found that it didn’t!"

*We love chili. Last week we ate Gina's Bean Turkey Chili. Oh my. It was so good that we are having it again tonight. Near disaster was averted though today when I checked the crock pot before I left for work. The chili had been cooking for two hours but didn't smell good yet. Yes, the crock pot was unplugged.

*And then there's dessert! Gina, through Weight Watchers has taught me that one may use any box of cake mix, 10 ounces of any diet pop, and two egg whites to make a cake or cupcakes. The diet pop replaces the oil and fat!! Mix and bake according to the directions on the box. The cupcakes are 1.75 points each. Top one with fat free Cool Whip to make yourself smile! (Hint: the Red Velvet cake mix I used with Diet Pepsi maybe wasn't the best combo. )

My own painful research:
My high school daughter refuses to wear a flashing light on her head, so rather than have her walk the 1/2 mile dark stretch to the bus stop at 6.30 every morning, I drive her and then I return home to get a boy to middle school. Then I return home and get two more boys to elementary school. To perk up and save some calories, I've taken to drinking a cup of hot tea before my first little commute every morning. A little Splenda, a little beneficial green tea and I'm set. It was unfortunate last week that I used Sleepy Time tea by mistake. 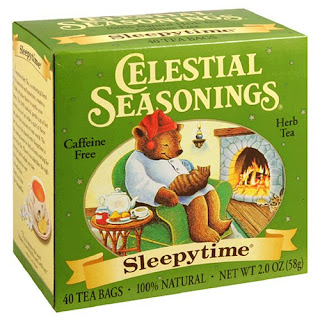 P.S. Pushing a shopping cart slowly but steadily around the grocery store does, in fact, count as exercise. I'm sure the really smart people already knew that.

WOOOOOHOOOOO for you! I hear you about the cheapo scale - I have the same problem.

I'll have to try the cake/diet soda thing. I do a cake mix with solid pack pumpkin (same points) and I so rely on them right now!

Does running up and down the stairs for laundry and getting yard sale items also count as exercise?

Scott and I take forever to shop, because we look at everything. It's so hard to eat healthy, because everything seems horrible. We find something with low fat and cholesterol, but it has high sodium. Then we find something with low soium and low fat, but it has high cholesterol. Shopping has become a nightmare. When we eat out, on date nights, we stick with healthy restaurants and sushi.

It's amazing that one $10 entree from a place like Olive Garden could cost so much regarding our health, huh? Maybe not once, but for those who eat out regularly I would imagine it does for sure.

Your Friday Fragments brighten my day!!!
Now I will avoid Olive Garden and cheesecake factory. well, the dessert anyway.
Congrats on your weight loss, that is awesome!!!!
I can't believe your daughter won't wear a flashing light on her head. Crazy. How about the lightup shoes for toddlers, will she wear those? Oh, they are mostly too small now.

I once took 2 tylenol PM's instead of regular and drove to and fro across the state one day. NOT fun. It took me a while to figure out what I did.

Ewww on the Olive Garden meal! That should be illegal, or at least come with a very visible warning, don't you think.

But, KUDOS to you on the weight loss success!!! Go ahead, give yourself a big pat on the back. You deserve it!

Oh...outside the fire department here, there's a sign that says "School is in session. Drive with Caution." Can you explain please?

Hahaha, Checkered. And besides all those Chrysler boys - you know - whistling, and all.

That is totally awesome weight loss!! See, you two CAN do this!

I am really proud of you both.

Laughed about the sleepy time tea...I took Tylenol PM one time when I meant to take regular and it wasn't pretty.

We love chili, too! And, Olive Garden...and Cheesecake Factory...

Good for you!!!!! Please post that turkey chili recipe!

We use the Wii Fit as our scale, because it keeps track for you. I didn't want to know that about cheesecake - it's the one thing that I can't resist! Happy FF!

You go slim! I am proud of you girl! I have some scales Cdub got from a yard sale. Wonder how right they really are? Keep it up!
<><

another cute Friday Fragment entry; WTG on the weight loss!! Anything that is lost and not gained is always a victory in my books!

it does pay to watch and read labels, doesn't it??

too cute about grabbing the wrong tea....

(actually you could walk with her and then think of the exercise you could get :)

My husband and I literally stopped eating out because it was just making us ill the next day. When I think back to my mother preparing dinner each night and going out to eat was a once a month or every other month event, I think we could probably handle the calories, but not now.

Good for you for keeping your eyes open and doing what's best for your body and your mind and your family!

GREAT LOSS-AGE!! Whew hoo! Way to go! Doesn't it feel good?
Thanks for all the nutrition data on the different restaurants and desserts. I like the idea of the cupcake recipe. You can also have angel food cake without guilt or running for ten hours to off set the points. Sorry, I am not as good as you are at the full information, but WW will tell you how much you can get. I'd throw some fresh strawberries or maybe a frozen fruit (thawed) on top.
It's not so bad this new lifestyle, is it?

I use my Wii Fit as well. I checked it against WW's scales and it is darned accurate! (Nintendo lowered the price...but then I guess you could get a less cheapo scale for less money that the Fit, but then again the Fit has other things to do on it besides weighing yourself)
Okay, okay, I'll stop!

Woot, Woot!! I wish I had your motivation. Kudos!

I had to laugh out loud at your daughter/bus stop comment :) I'm drooling over the Olive Garden Pasta commercial constantly. My problem's not eating too much, it's NOT moving at all. Sitting here talking to you, I don't think any calories are moving either!!

Yeah on loosing weight...
wow those stats are scary... but when I go home on furlough next month...I am going to Cheesecake factory for a piece of cheesecake...YUM
And this post cracked me up... LOVE your writing. Thanks for bringing a smile to my face!!!

"But each "five-inch slice weighs three-quarters of a pound and has 1,550 calories and 32 teaspoons of sugar." --

Oh dear God! I'm in shock. Total shock. Give me a minute to recover. I promise I'll be back.

BTW, the buttons at the top of your post don't link anywhere. No need to fix it today; I just thought I'd tell you for next time :)

"Hint: the Red Velvet cake mix I used with Diet Pepsi maybe wasn't the best combo." I almost spit coke on the computer-- too funny.
Good for you, cheapo scale or not, good for you!